The work of Yapci Ramos displays the raw honesty of documentary mixed with a focused sense of composition and color. Her oeuvre explores the physical and emotional bodies of people as well as the structural and historical bodies of architectural structures.
–
Seth Cluett / critical writing

Catharsis: crying as artwork and action. 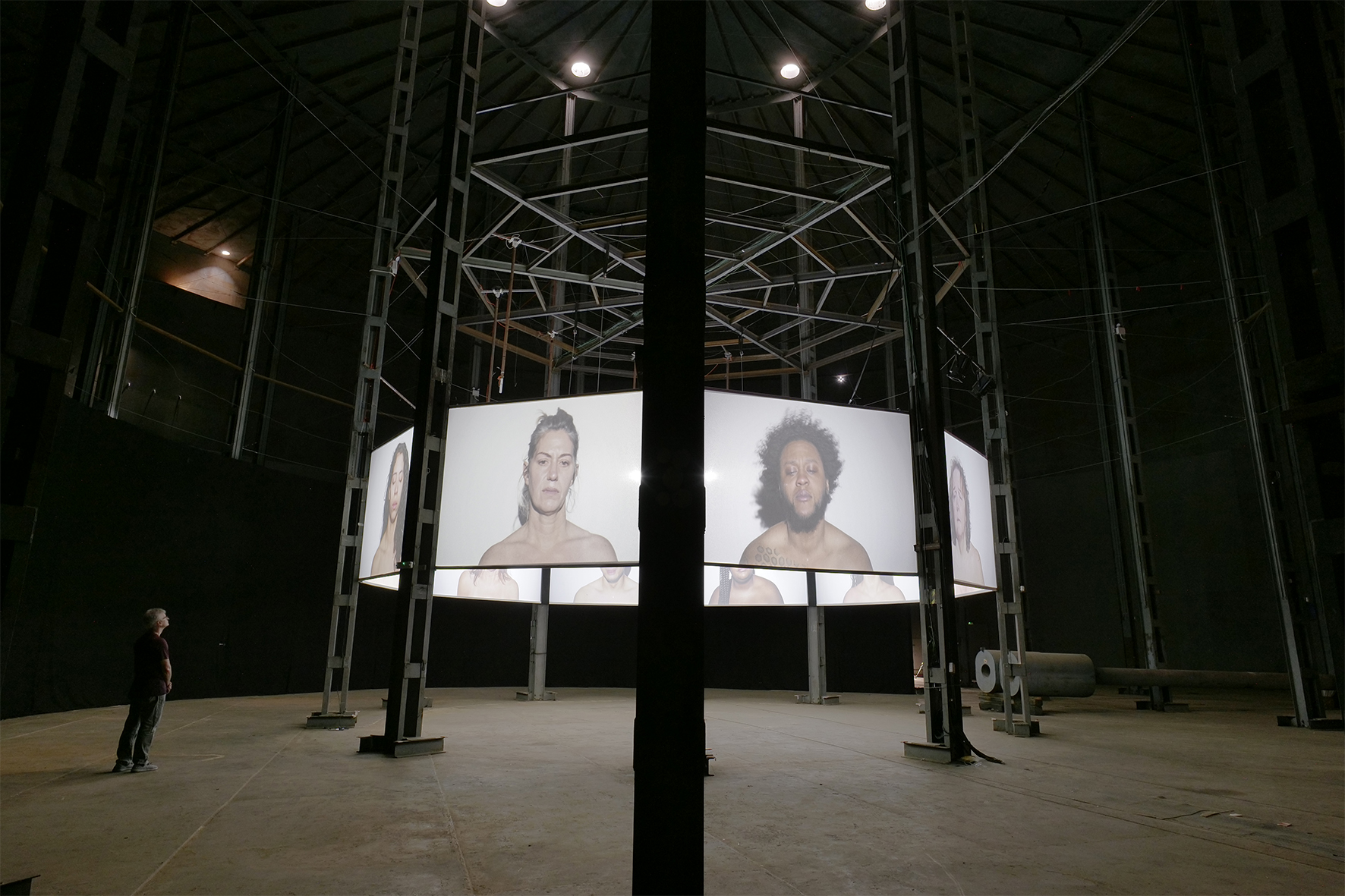 She is beginning to study her more distant origins and incorporate them into her art; like an archaeologist, she is excavating the traces, genetic and otherwise, of her ancestors; she is unearthing “treasures” and boldly appropriating them for her own poiesis—her auto-poiesis.
–
Barbara Polla / art curator and writer 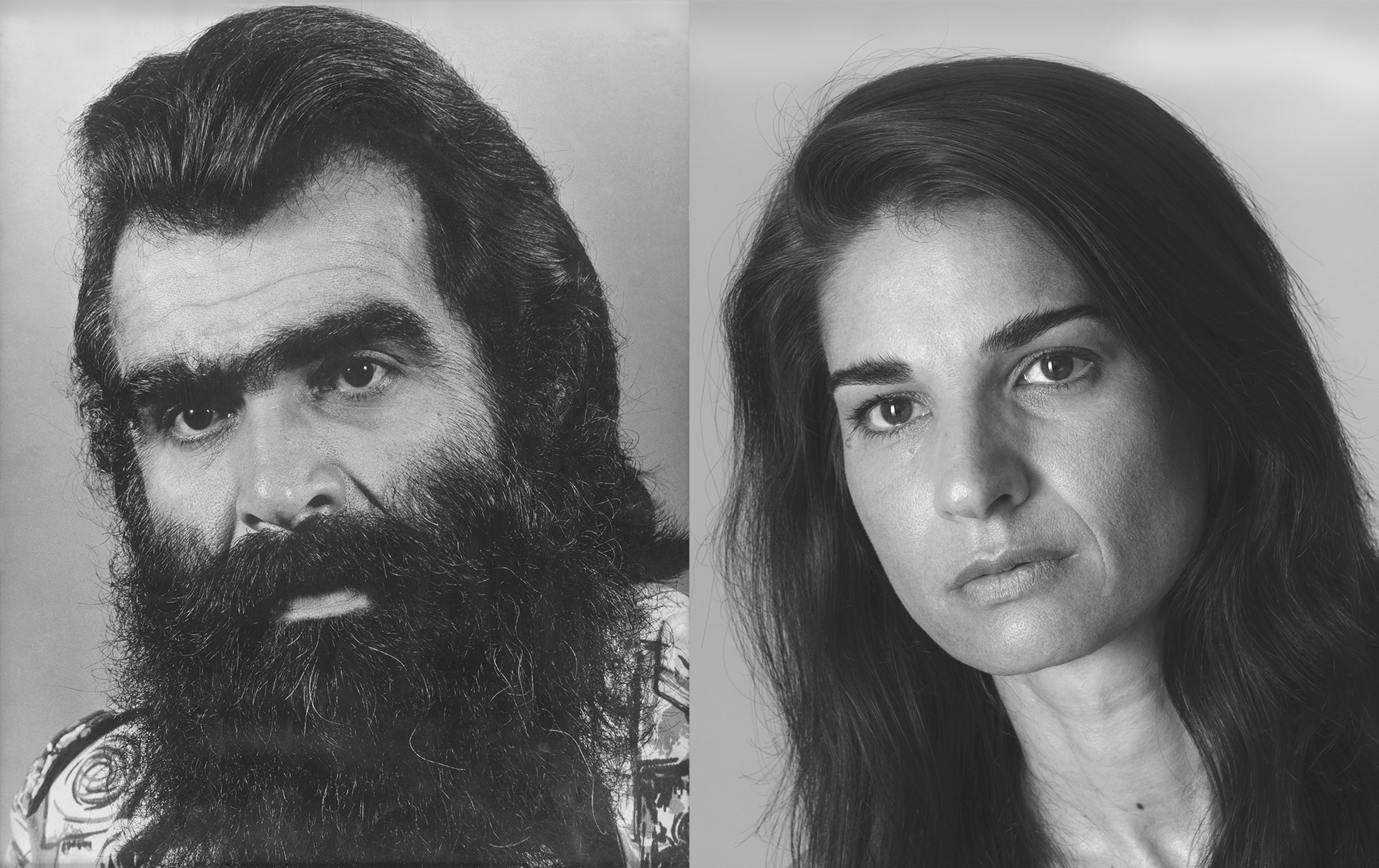 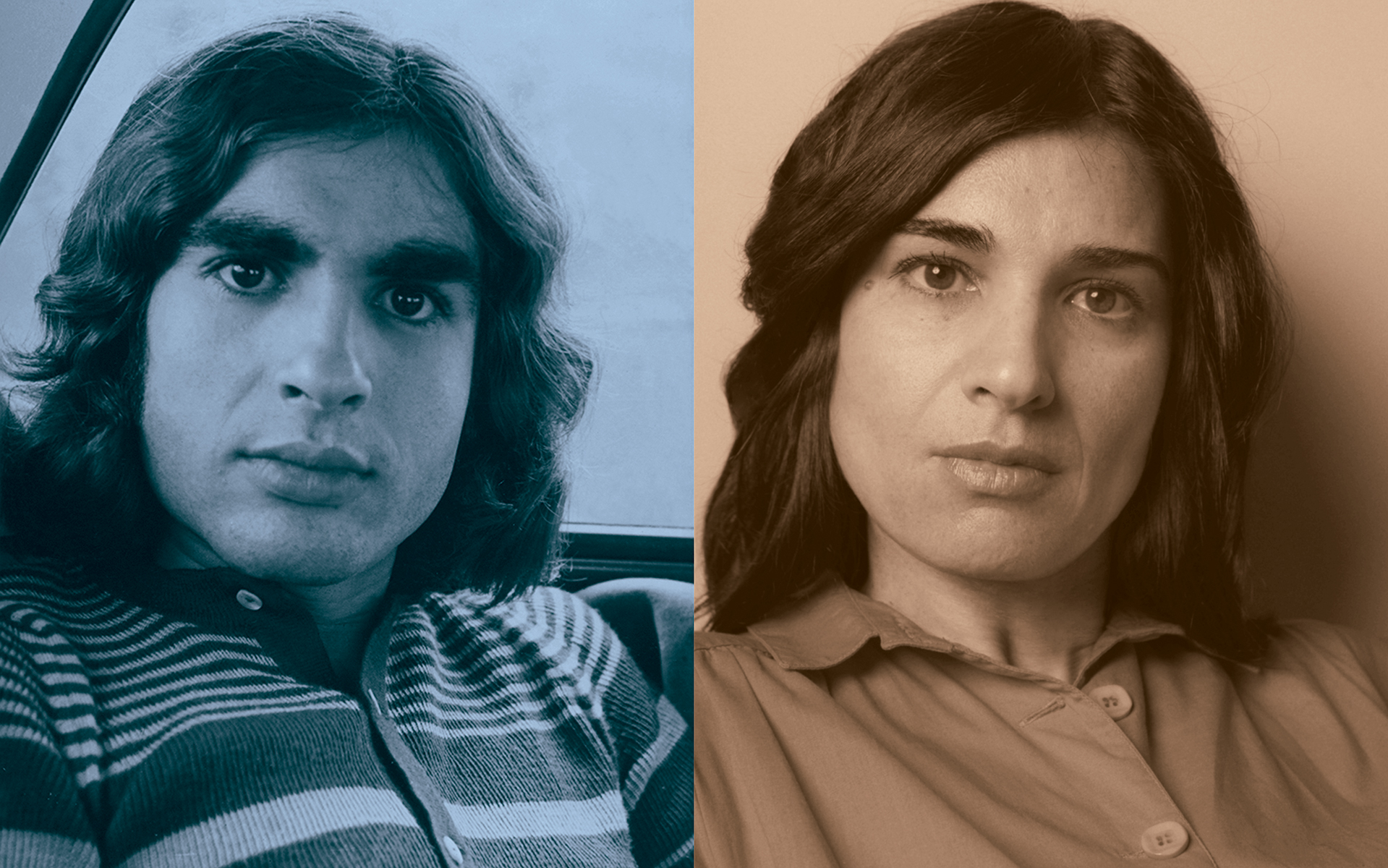 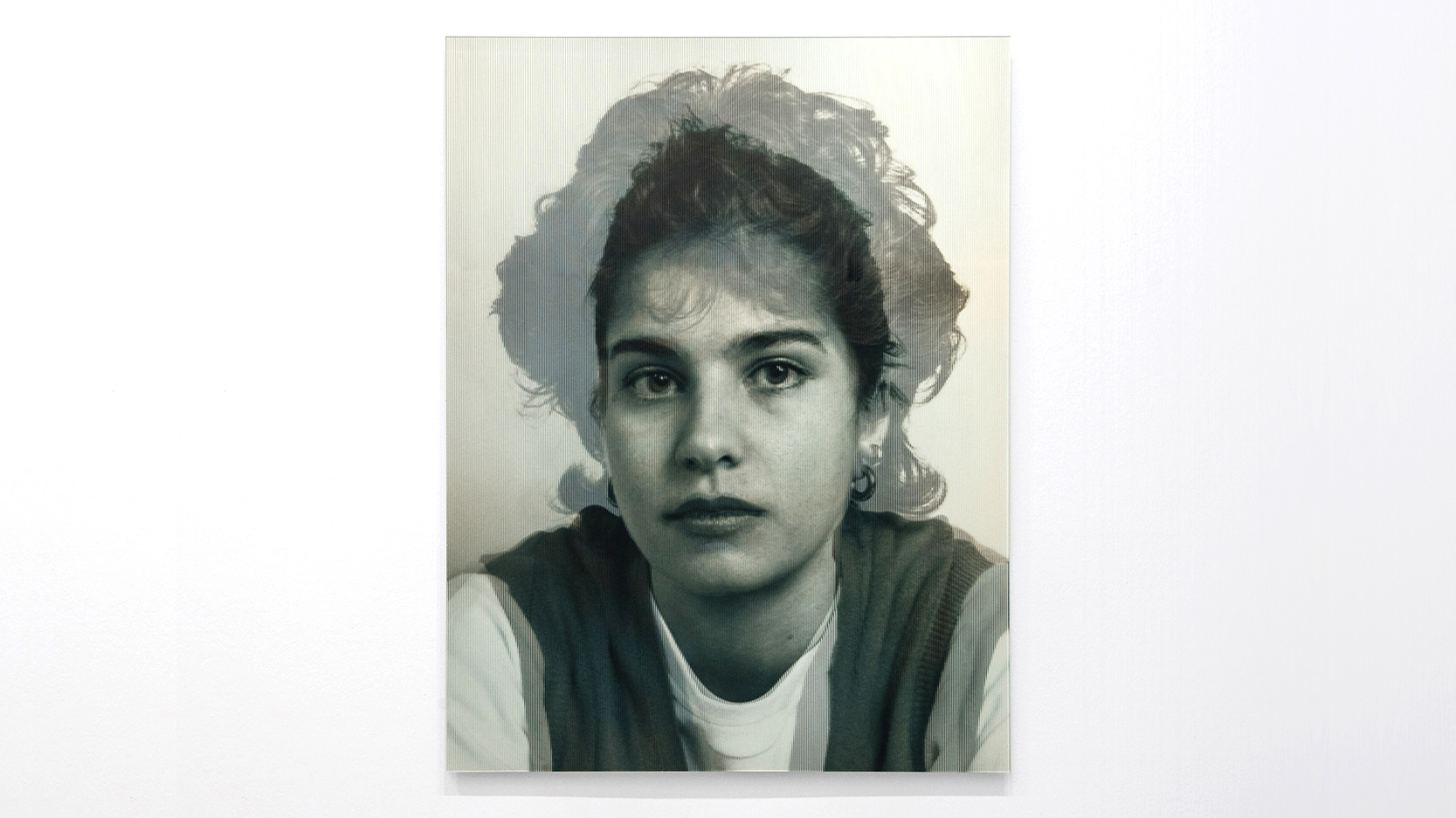 Freedom is a duo-channel sound installation consisting of volcanic stones. It is a collision between the recorded song of a real bird (Tegucigalpa, Honduras) and the artist’s whistle a complex sequence of bird-like-whistle-sounds. Yet one of Freedom’s birds is ‘free’ while the other is not. Ramos’ whistles allude to el Silbo Gomero (the “Gomera Whistle”), a system or ‘register’ of whistles corresponding to phonetic Spanish, which developed on the Canarian island of Gomera and allows communication up and down the rugged hills and across the deep valleys.
–
Dillon Cohen / artist, writer and impact investor.

It also conjures ancient rituals and religions centred on the Canaries’ aboriginal worship of the mother goddess, the Earth and the magical power of blood, with puri cation rites that included cleansing in the sea in preparation for birth and renewal. Sleekly, elegantly modern as it is, in its eruptive primal messaging, it nonetheless seems to connect to Tenerife’s celebrated (and active) volcano El Teide, once a sacred site.
–
Lilly Wei / independent curator and critic 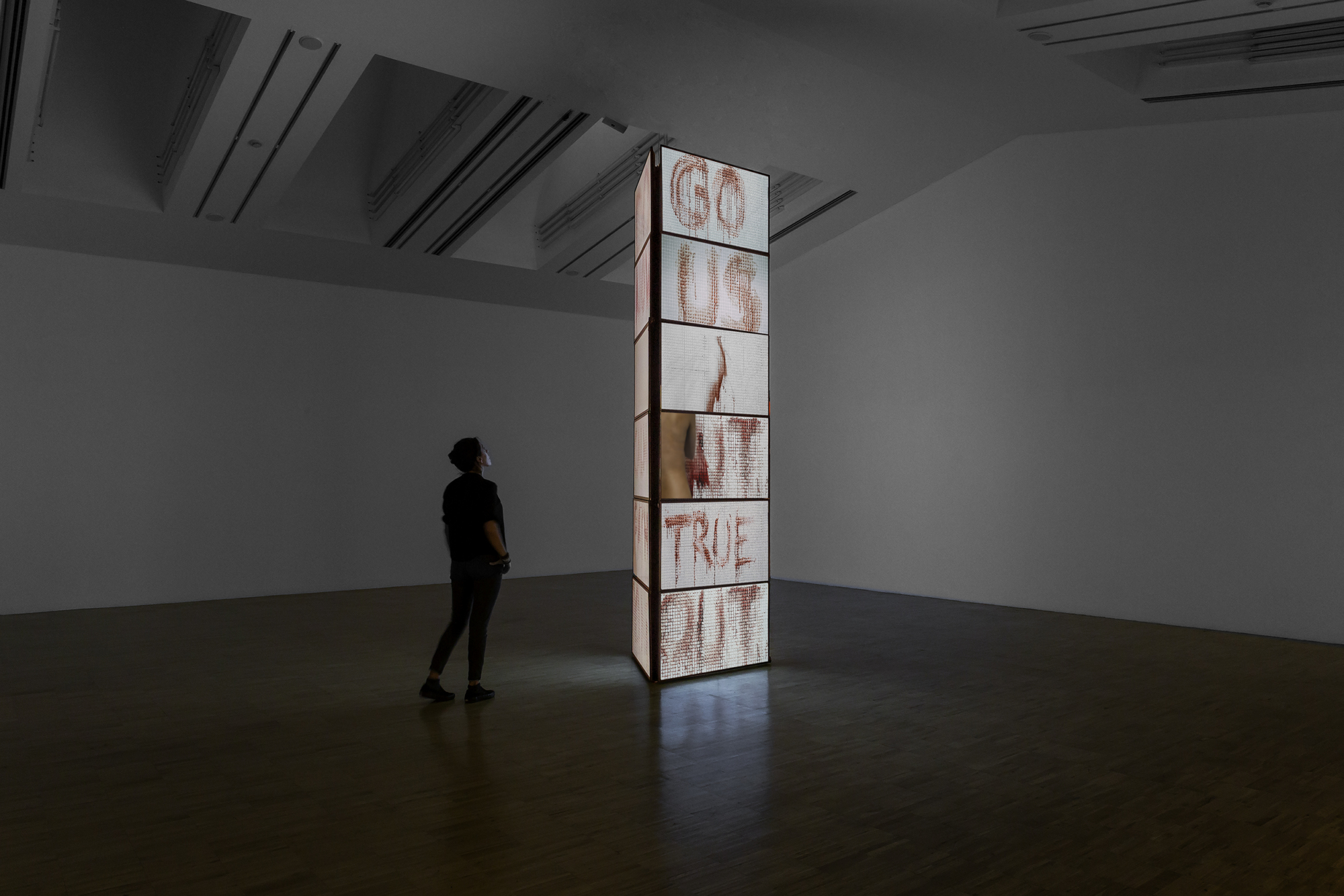 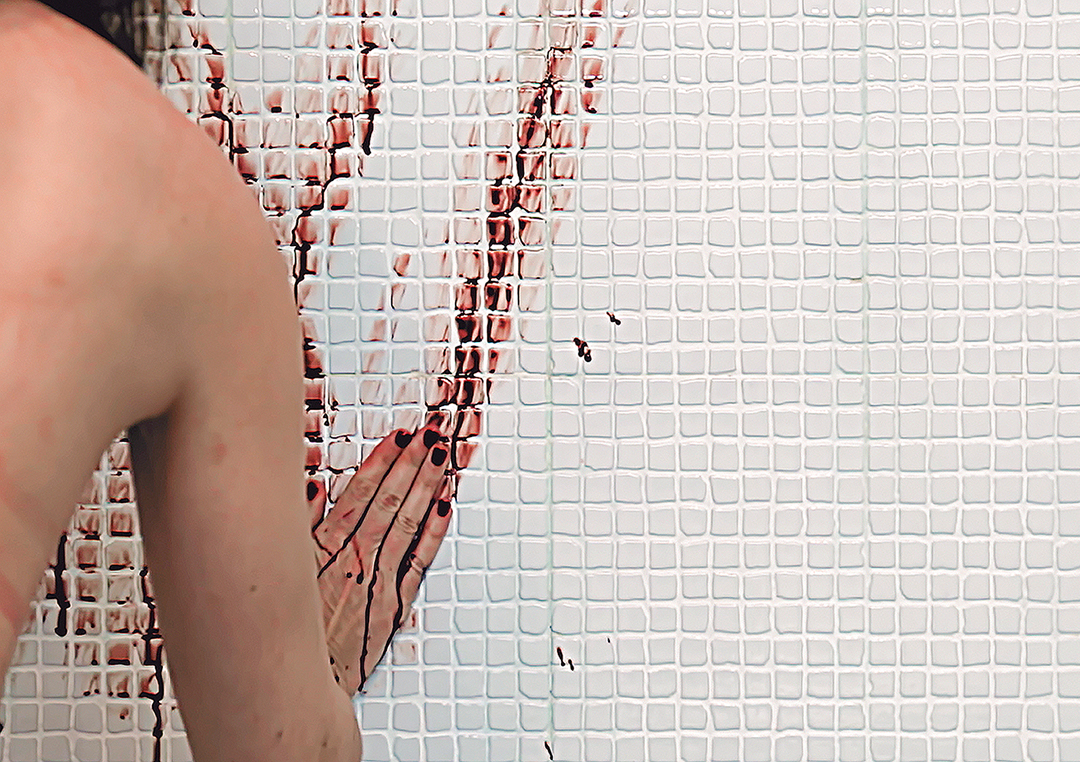 In the creation of this project Ramos is reconnecting with her body. Red-Hot was not originally intended to be presented as a work of art, but rather was driven by a more primal need. The action of capturing her menstrual blood and writing with it began impulsively, a ritual taken on by Ramos as her thirties came to a close and her forties commenced. A pivotal moment in female maturation is coming to terms with the inevitable end of our reproductive capabilities. This stage brings to light the priorities we have made in our lives and what we will leave behind as our legacy. (…) For over two years, every month, Ramos took on this ritualistic action of creation and destruction. In producing Red- Hot, Ramos places herself front and center in conversations around female empowerment— as a woman, in control of her body, her voice, and her own destiny.
–
Justine Ludwig
Deputy Director/ chief curator at Dallas Contemporary 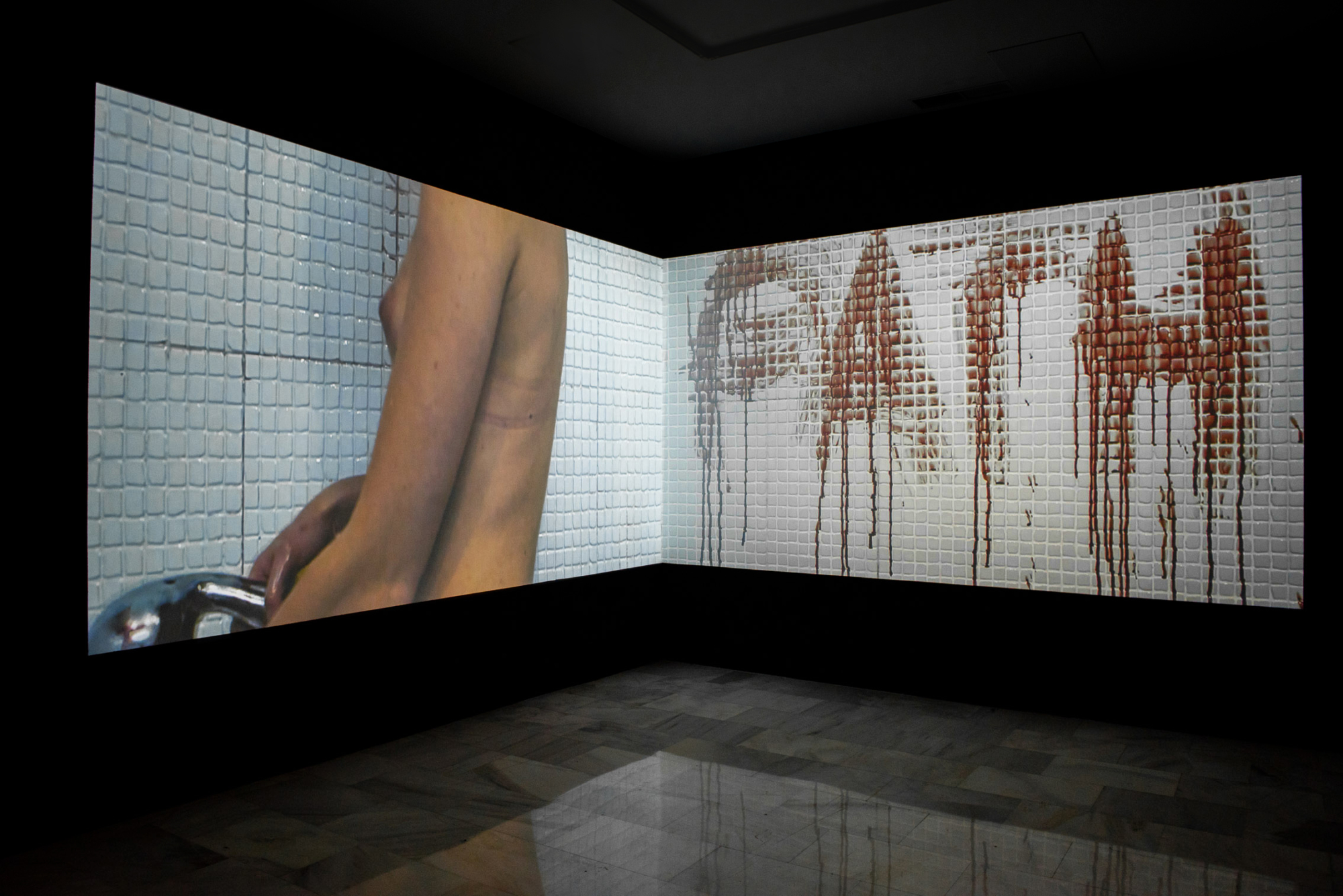 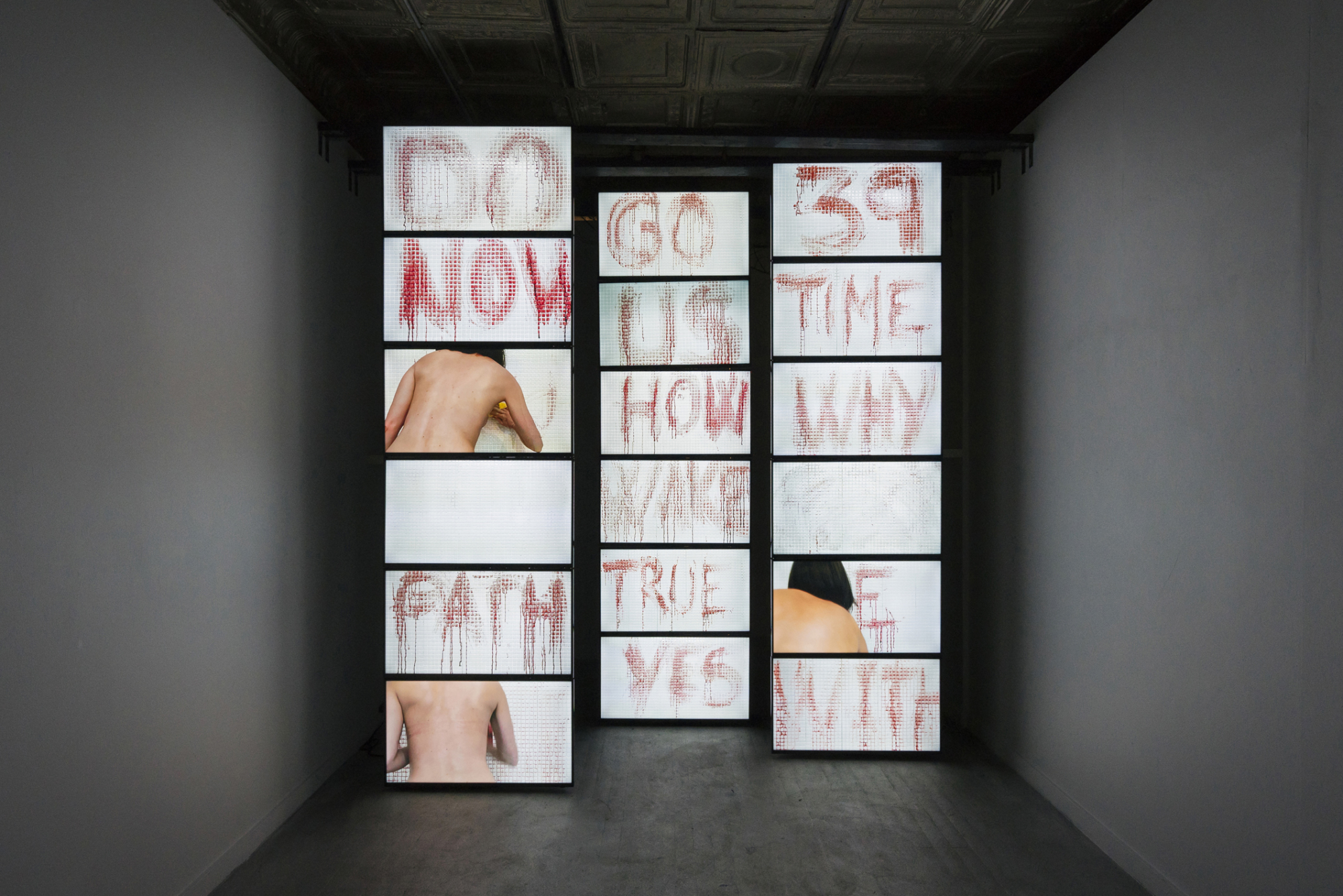 The artist subverts the old mandates that produce a regulated, confiscated and stigmatized sexuality. It must remain offstage, so we can have access through the sound to what should not be shown. The decency imperative, traditionally applied to women, it can also be extended to the whole society, it has led to suppress and silence any loophole of desire or fantasy. I don’t mind undermines the onslaught between the private and the public to propose the return to a body-subject that produces itself and connects with its own jouissance. 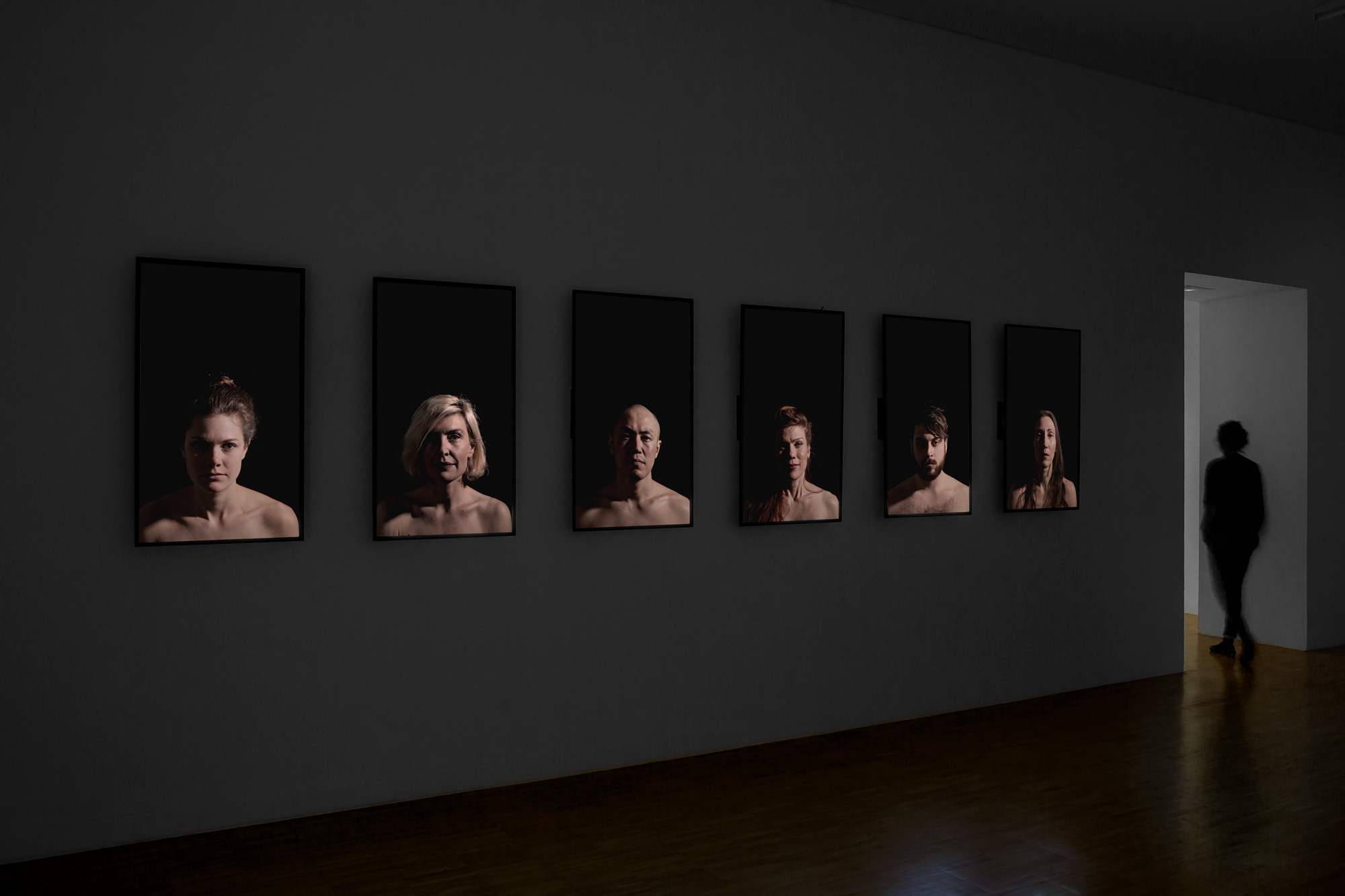 A series of photographs of abandoned, battered dogs roaming a destitute neighborhood in Aruba, are surrogates for the prostitutes who ply their trade there. Instead of the women, it is the dogs that are caught in the hard, quick light of the camera’s ash as prey, victims, discards – and perhaps as survivors. In Aruba, Ramos discovered the stark parallels between prostitution and the derided stray dogs that wander the streets of the small Caribbean island with nothing but their raw survival instincts to guide them. This project is about prostitution as a survival mechanism with adverse consequences to the prostitutes which are hard if not impossible to capture through the medium of photography. 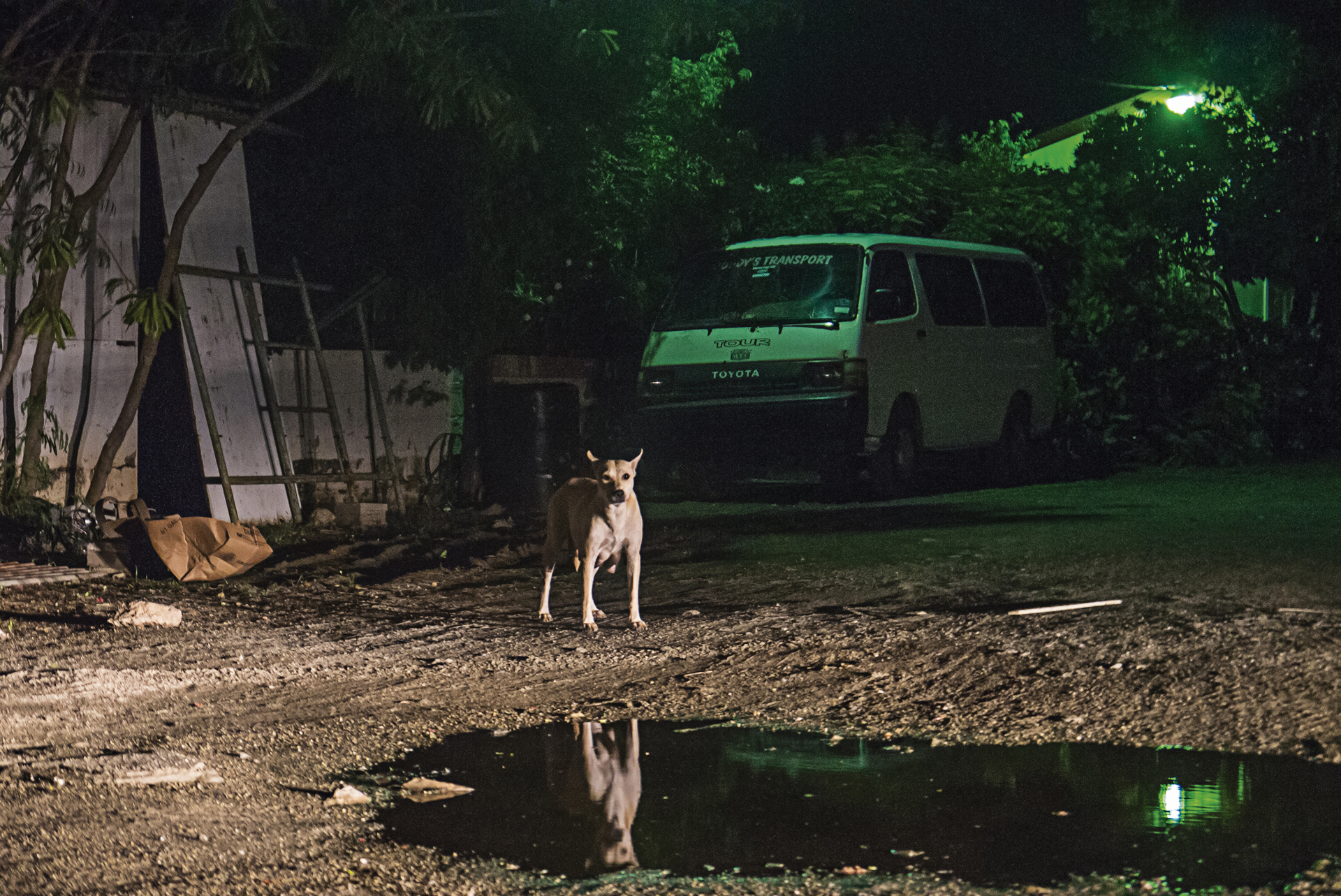 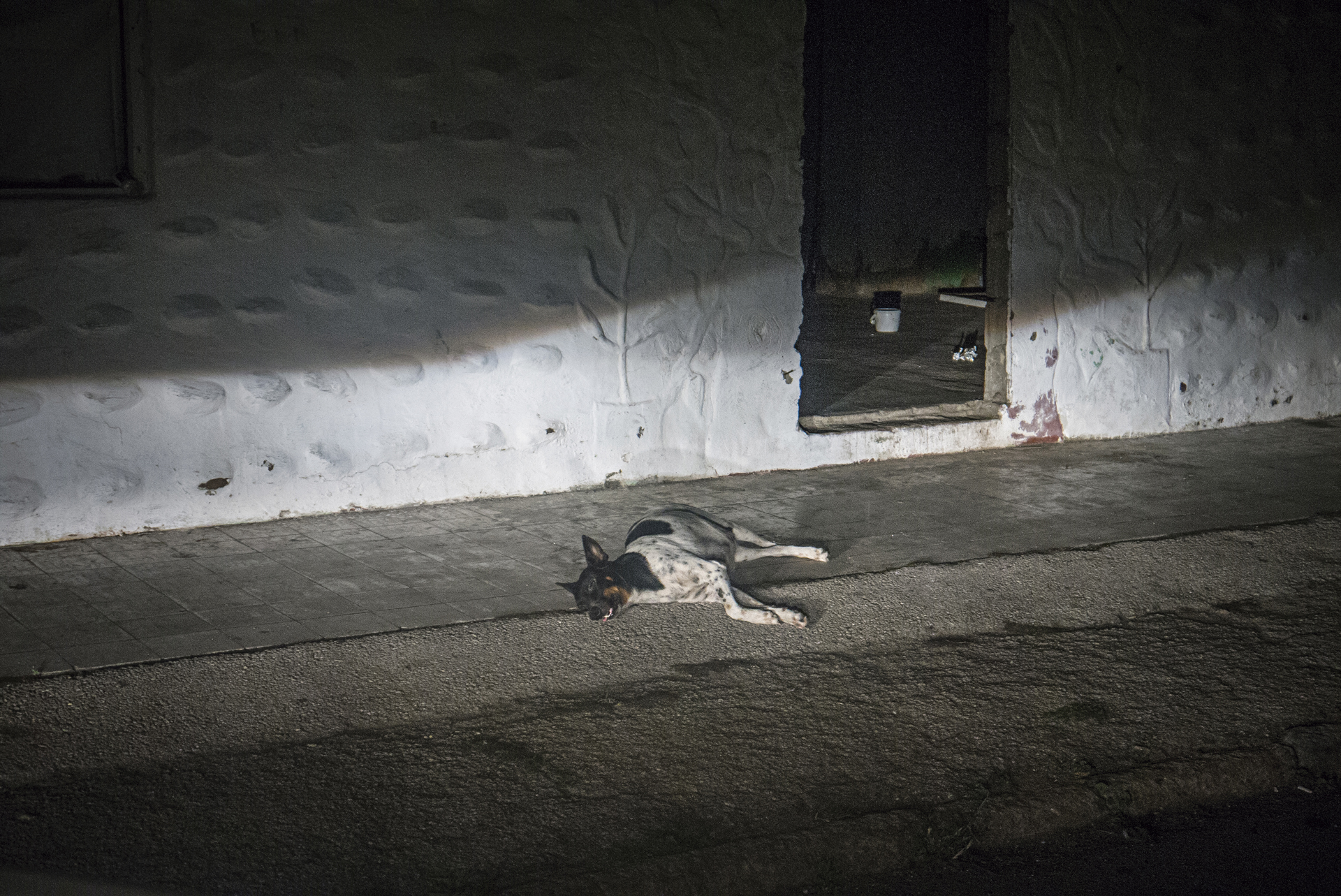 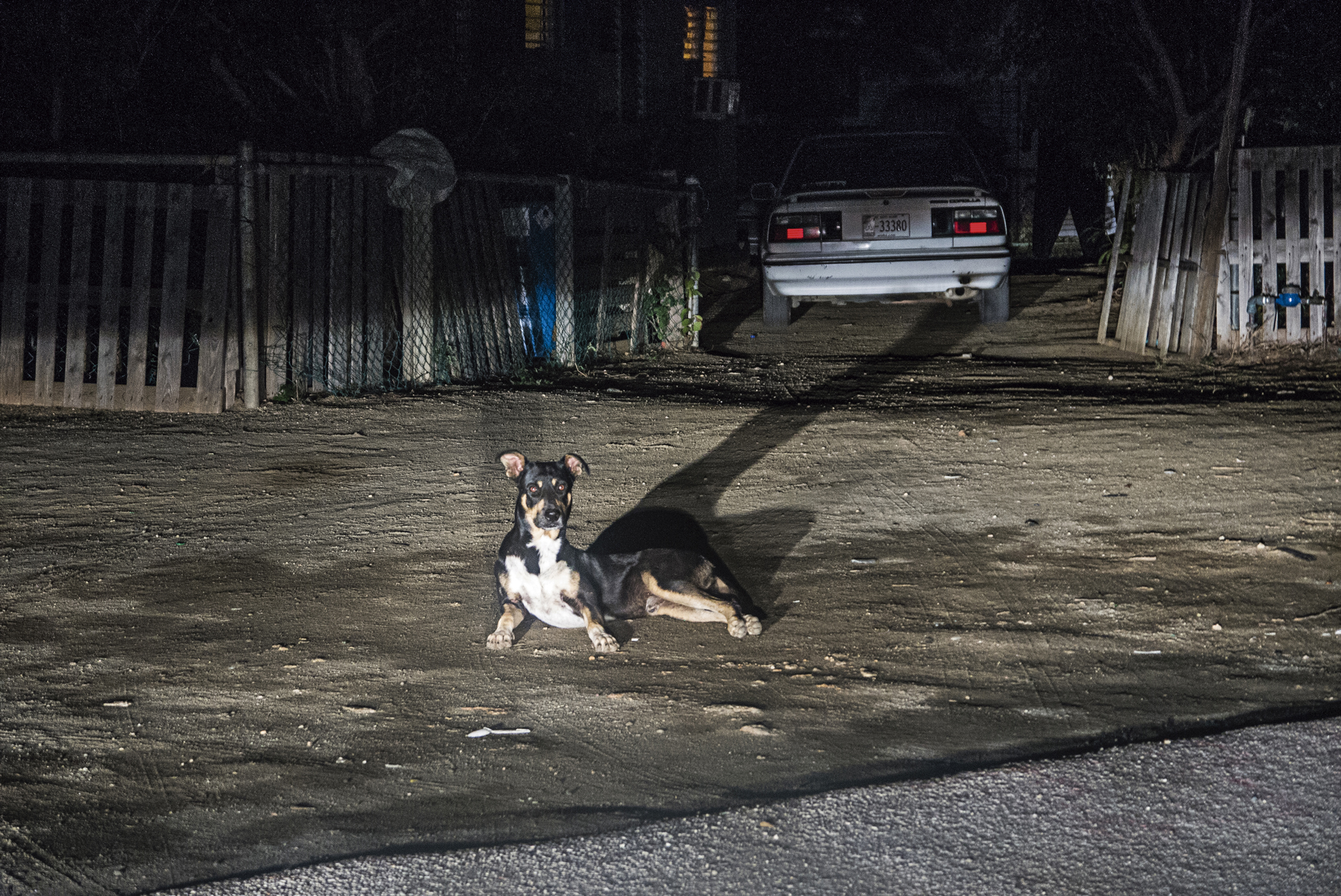 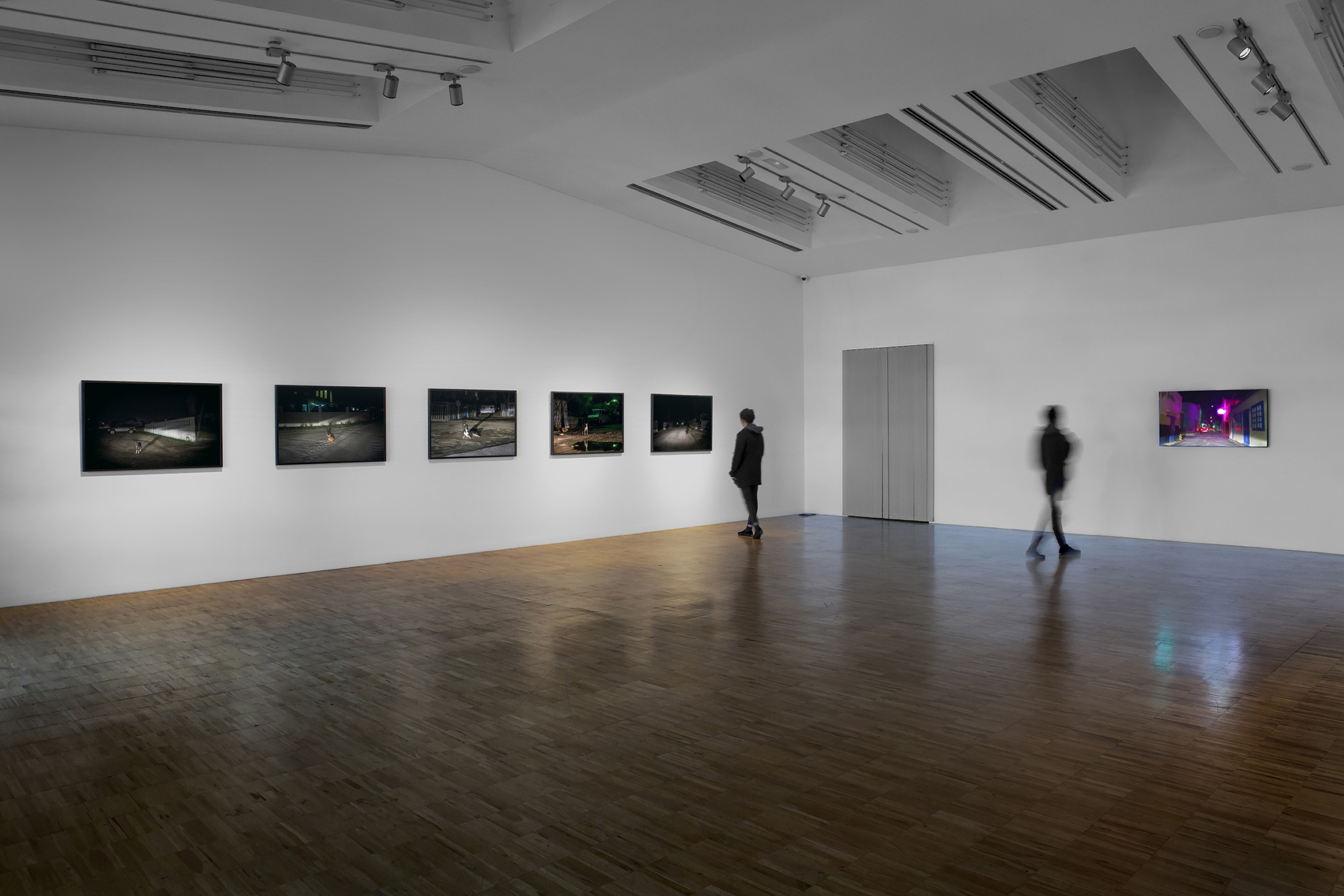 Back&Forth is a kind of then-and-now story, with the inevitable poignancy of younger dreams and possibilities checked by reality and constricted by the passage of time. A series of larger-than-life, full-frontal nudes ank one wall, Almodóvar- like personas as heroes. The installation is made up of two parts. On one side of the room, a large mural with pictures of Ramos’s friends during her time in Barcelona, taken around 10 years ago. On the opposite wall, eight recently made, three-channel video interviews are projected in which each talks about their present life, some living in Barcelona, others in New York, Paris and elsewhere, comparing it with what they had hoped to accomplish for themselves. One is Mayra, who recounts her story of ups and downs with fatalism and laughter, backgrounded by the exuberant decor of the bar she owns. Another is Charles, who seems lost, unhappy, pacing literally and metaphorically back and forth in a white, nearly empty room. 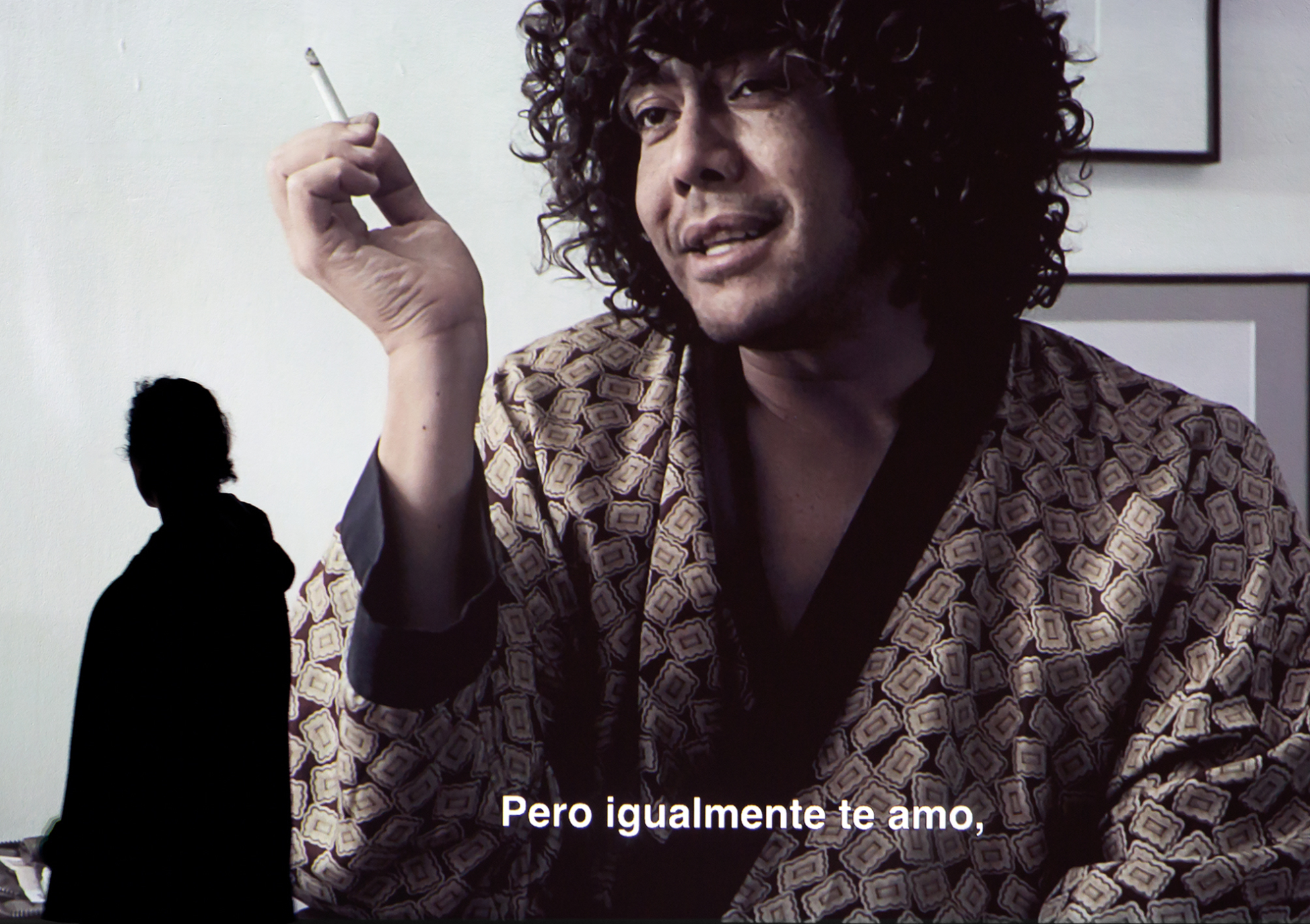 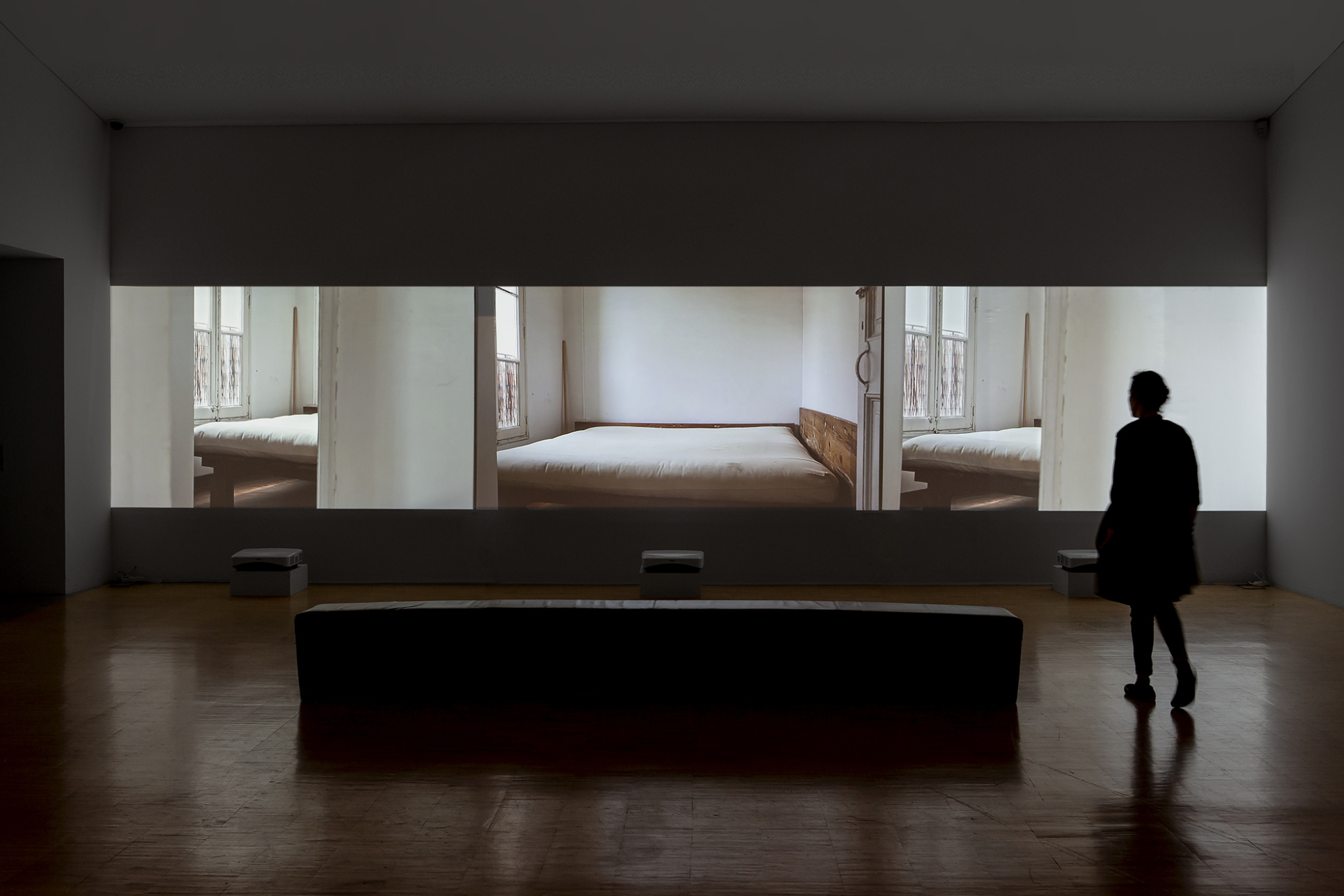 The artist’s work has evolved from a colonial past and from the near-and-far relationships with Africa in her quest for human re-encounters.
–
Cecile Bourne Farrell / curator and art advisor

The roots of the natural sciences lie in the fertile soil of discovery and an embrace of the unknown. At their core, the sciences mediate the surprising mysteries and mundane realities of the world around us. Through careful observation, we collect, catalog, and translate from geographic region to socio-cultural region, from ecosphere to biosphere, crossing boundaries of language and discipline to arrive at an understanding of the complexities of the environment. These pieces present a continuum between the environment we inhabit and the mechanism through which make sense of it. The work of Yapci Ramos is forceful in its subtle simplicity. In Bruma, her soft, stark images of Pino Canario printed on cotton paper are juxtaposed against their slowly moving video counterparts on the opposite wall. The moment captured by each is deeply engaged with its site, drawing on the tension between the viewer’s memory of similar locations and the limits of perception.
–
Seth Cluett / artist, composer and critical writer